Skip to content
Previous Next
Backed into a corner, Spotify hints at major copyright battle

Back in mid-July, when streaming giant Spotify was slammed with two new major lawsuits totaling a whopping $366 million, we all tho
ught they would try and settle. But the dispute, instead of heading towards an end, seems to be ramping up. The July complaints, filed by Nashville music publisher Bluewater Music Services and Bob Gaudio (founding member of Frankie Valli and the Four Seasons and himself a publisher), alleged that Spotify had neglected to pay mechanical royalties on th

e publishers’ copyrighted works, and that the company had subsequently ignored termination notices. And on September 12th, over 100 songwriters and independent publishers hopped onto the bandwagon, alleging the exact same thing.[1]

This all may sound familiar: in 2016, Spotify settled with the National Music Publishers Association (NMPA) over the same mechanicals issue, and May of 2017 saw the streaming standard-bearer dole out $43.4 million to publishers and songwriters in order to settle out of a class-action lawsuit filed by musicians David Lowery and Melissa Ferrick.[2] But when Spotify filed a ‘Memorandum in Support of Motion for More Definite Statement’[3] in regards to the July lawsuits on August 30th, it became clear that Spotify is not content with settling, but is instead gearing up to fight.

Let us first make clear exactly what Spotify is accused of. Bluewater and Gaudio, as well as the host of new indie publishers now suing (who are all represented by Richard Busch, the Nashville attorney who represented Marvin Gaye’s estate in the famed ‘Blurred Lines’ case), accuse Spotify of adhering to a practice of “commit willful copyright infringement first, ask questions later, and try to settle on the cheap when inevitably sued.”[4] More specifically, they allege that Spotify has neglected to pay mechanical royalties due to publishers and songwriters for the use of their compositions when Spotify streams their music.

Mechanicals are the licenses which allow the licensee to reproduce and distribute a copyrighted work, and they are subject to statutory royalty rates

determined by the Copyright Royalty Board. Traditionally, these licenses applied to things like CDs and vinyl records, but since the advent of digital technology, this has been expanded to include ‘digital phonorecord deliveries’ (think iTunes downloads). This is because when you download a song onto your computer, the sound file, even though it is represented in binary code by a series of ones and zeros, is still reproduced, in a sense. Thus, mechanicals are owed.

Bluewater and Gaudio, however, focus on ‘streaming,’ a term that is a little less clear. The Complaint argues that,

“As an interactive service, Spotify must obtain either a direct or compulsory [mechanical] license allowing for the streaming of each musical composition on its service… A mechanical license grants the right to reproduce and distribute copyrighted musical compositions for use on compact discs, records, tapes, ringtones, permanent digital downloads, interactive streams, and other digital formats.”

It’s very important to note that Busch lumps in ‘interactive streams’ among uses which require a mechanical license, as this is the exact point Spotify contradicts in its Memorandum:

“Plaintiff leaves Spotify guessing as to what activity Plaintiff actually believes entails ‘reproduction’ or ‘distribution.’… ‘Streaming’ – by its very definition – cannot infringe upon either the reproduction right under 17 U.S.C. § 106(1) or the distribution right under 17 U.S.C. § 106(3). As a consequence, Plaintiff’s allegations simply do not inform Spotify how Spotify is alleged to have violated the law.”

Terminology is of the upmost importance here. Throughout the whole Bluewater complaint, Busch uses the word ‘stream,’ to refer to Spotify’s alleged infringing activity. There is, however, another way in which Spotify could be utilizing the compositions: limited downloads. Limited downloads are essentially what happens when you download a song to your Spotify library, thereby allowing you to play that song even when offline.

According to the Code of Federal Regulations, Title 37 Part 385.11, a limited download is “a digital transmission of a sound recording of a musical work to an end user, other than a stream, that results in a specifically identifiable reproduction of that sound recording… A limited download is a general digital phonorecord delivery under 17 U.S.C. 115(c)(3)(C)and (D).”[5]

It seems indisputable that a limited download is a form of digital phonorecord delivery and thus subject to compulsory mechanical licensing. It is written in black and white letters in the U.S. Code. It is less clear, however, that ‘interactive streams’ are subject to mechanical licenses. In fact, the Copyright Office’s definition makes no mention of whether they are or not: “Interactive stream means a stream of a sound recording of a musical work, where the performance of the sound recording by means of the stream is not exempt under 17 U.S.C. 114(1) and does not in itself or as a result of a program in which it is included qualify for statutory licensing under 17 U.S.C. 114(d)(2).”

Busch’s complaint makes no mention of limited downloads, only of streams. And conveniently enough, nor does Spotify’s memo in response. So our problem becomes clearer: If Richard Busch had focused on limited downloads in his complaint, then Spotify may not have had much room to argue against being liable for mechanicals. After all, it seems evident that Spotify’s service allows for limited downloads. Whenever we click the little icon that allows us to ‘download’ the music to our library and then play it offline, the time period for which that download is available is determined by our subscription to the service. Doesn’t that exactly fit the definition of a limited download?

Though no mention is made anywhere of these curious limited downloads, Spotify also disputes that “streaming” constitutes a reproduction or distribution. That notion, however, is contradicted by a host of parties. The Harry Fox Agency, whom Spotify itself contracts with to administer its mechanical royalties, states “Under the U.S. Copyright Act, the right to use copyrighted, non-dramatic musical works in the making of sound recordings, including CDs, records, tapes, ringtones, permanent digital downloads, and other digital formats (e.g., interactive streams) for distribution to the public for private use is the exclusive right of the copyright owner… a compulsory mechanical license is available to anyone else that wants to record and distribute the work upon obtaining a proper license and subsequently paying royalties at the statutory ‘compulsory’ rate as set forth in Section 115 of the Act and the related regulations.”[6]

Similarly, Tunecore, a distribution service for independent artists, explains that, “whenever a song is streamed via any interactive service (e.g. on Spotify, Rhapsody, Zune), a mechanical royalty is owed to the Songwriter/Publisher. The royalty owed varies by digital service and is based on subscriptions and ad revenue. On average, a mechanical stream pays around $.0008 per stream.”[7]

And perhaps most damningly: in a 2014 submission to the Copyright Office, Spotify’s then-Head of Licensing Business Affairs, James Duffett-Smith, says that “Spotify’s catalog of available music is dynamic, in that it may increase and decrease on a day-to-day basis. Those changes are driven by whether the rights to particular works – both the sound recordings and the musical works embodied therein – have been secured for reproduction, distribution, and public performance [emphasis added] in the United States.”[8] Duffett-Smith acknowledges that under the law, Spotify must obtain mechanical licenses to reproduce and distribute copyrighted compositions. Spotify’s August memorandum directly contradicts this statement.

To sum this all up: the plaintiffs, Harry Fox Agency and Spotify’s former head of licensing have all said that interactive streaming requires a mechanical license, a point which Spotify now disputes. Though the actual black letter law may be unclear on interactive streaming, it is relatively straightforward on limited downloads: you need a mechanical license for them. It remains to be seen whether Richard Busch will amend his complaint to include these limited downloads, but Spotify has actually hinted at its possible defenses, should that update be made:

“If Plaintiff is indeed alleging an instance of copying (as opposed to streaming) that allegedly violates Plaintiff’s reproduction and/or distribution rights, it can amend its Complaint to say so. Depending on what that allegation is, Spotify will advance a number of defenses. If Plaintiff’s real complaint is with, for example, a particular instance of alleged temporary copying [i.e.. limited downloads], then, among other things, Spotify may assert a defense of fair use. Spotify may also assert defenses of compulsory license, implied license, negotiated license with copyright owner co-owner, statute of limitations, and others, depending on the nature of the specific allegations.”

That Spotify hints at using a fair use defense in response to the limited downloads argument is perplexing, and may warrant another blog post in itself. But for now, let us wait and see how this string of lawsuits develops. As of right now, these cases are only about the ‘interactive streaming’ of works, which Spotify asserts definitively are not reproductions or distributions (even though this seems to contradict an industry consensus). If any of these cases go to trial and end in a precedent-setting ruling, there could be huge implications for the way licensing is done in this new digital music economy. Whichever side wins, current practices will have to change in some way. Spotify, for its part, has been backed into a corner by these recent lawsuits, and it seems clear that the company is ready to go to battle.

*Lucas Evans is a senior a Belmont’s Mike Curb School of Entertainment and Music Business.  He currently works as a legal research assistant to Mr. Shrum.  Lucas has a strong interest in pursuing a law degree as well as a career in the entertainment industry.  He is Interested in policy & legal issues pertaining to art, tech and beyond.  Lucas enjoys running long distances, drinking coffee, bing-watching most HBO programs, and strumming the guitar at an amateur level! 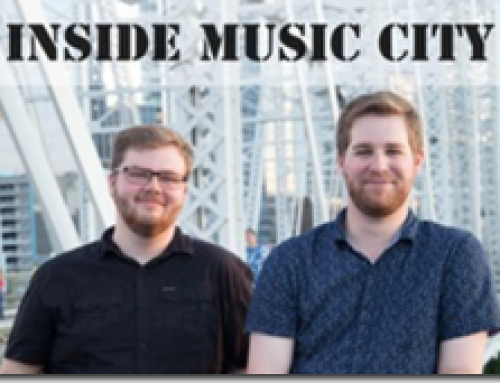